Last day of the year and last opportunity to be true to my word.
A promise was made that the Lansquenet-Dwarf Bidenhänders will be the first to get reinforcements so I used the time before the holidays to sculpt a first trooper called "Schwertspieler 1" (Swordplayer 1).

As the other Bidenhänder Dwarfs his upper body is clad in solid dwarven steel, his helmet is a rare cabasset, or "Birnhelm" in german language. To sculpt such a helmet was inspired by a fellow called Fernando, who contacted me with some ideas concerning Lansquenet Dwarfs.
The sculpting again was done with BeeSPutty, the sword was sculpted and than cast in resin to have some copies to convert so that I do not have tosculpt each sword anew. 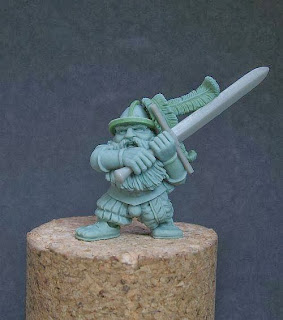 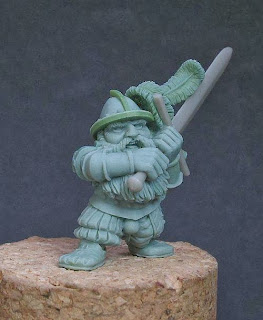 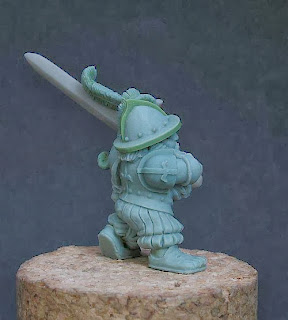 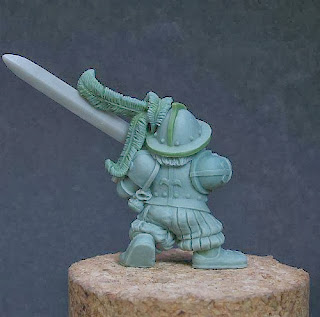 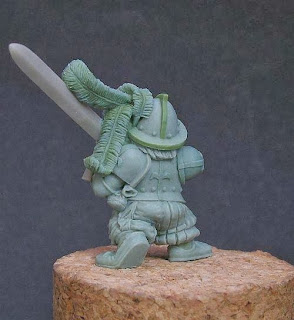 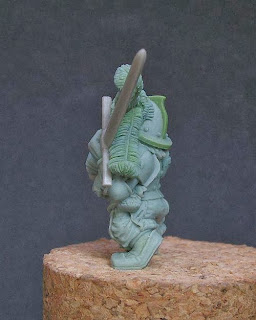 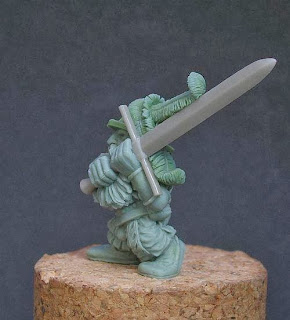 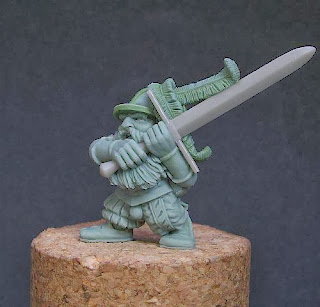 He is the first of 6 Swordplayers I plan to release in the next couple of months. Number 2 is already more than half done and will be revealed as soon as I get him finished.